When the going gets tough, the tough keep going, or at least that’s what you do when you’re a 93-year-old retired Air Force Colonel—and John Hobson likes to keep busy. 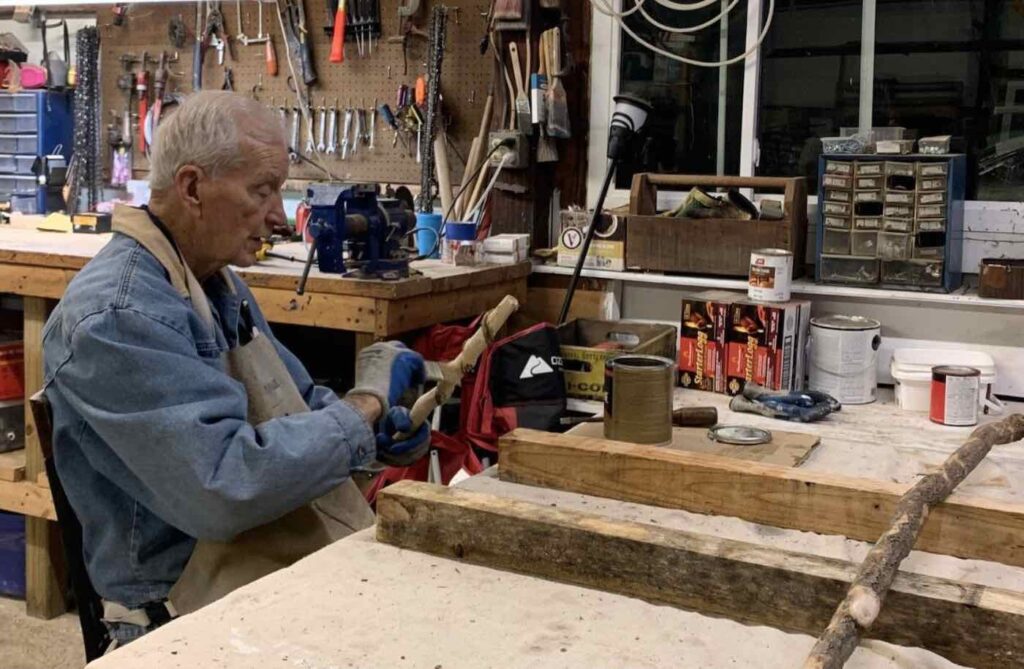 “If he just got put somewhere and told him to sit down, he’d go crazy,” his son Mark Hobson, told WKEF-TV.

In 2020, Hobson occupied himself by handcrafting close to 100 walking sticks, the proceeds of which, he donated to a local Ohio charity outreach group, the Xenia Area Fish Food Pantry.

“He’s just a sweet man who gives a darn about other folks who don’t have [anything],” Mark Hobson said.

To sell his wares, Hobson set up a roadside stand in his front yard. The price was beyond reasonable: $3.00 each, or a food pantry donation.